Christmas ham... what do you do with the bone? 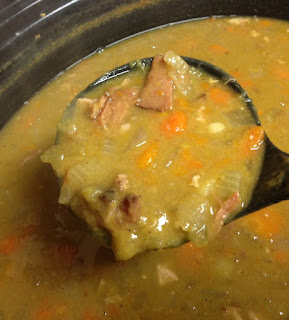 Happy New Year all of my lovelies!  We are super chill this new year.  We did not host a New Year's Eve dinner party for a few reasons.  Our kids were all home for Christmas.  Typically we hold off our family time until New Year's when they return.  Instead, we had ALL the family (18 total with 3 dogs) here for Christmas.  By New Year's we were beat and opted for a quiet night.  Also, Michael worked New Year's Eve which meant we were up at 5:30 that morning.  It turned out to be a good idea - we had super cold temps for our area and some ice on the roads.

This girl was in bed by 10pm and stayed in my jammies until well after 2pm.  There is one thing I did do, I used up that leftover ham to make a few tasty dishes.  One is ham and pinapple fried rice (I will share that one in a future blog), the other is Split Pea Soup.  So many times we save the bone, knowing we should do something "good" with it, but end up throwing it away because we never figure out what to do or get around to it.  This is a great crock pot recipe, and great for a winter day when you are SICK of cooking.  Just layer up the crock pot, turn it on, and get back to those netflix shows that aren't going to watch themselves.

I always stash a few baguettes in the deep freeze from Trader Joe's.  I pulled one out and toasted it up in the oven.  It was perfect with this spicy soup.

Now jump back on that couch and snuggle in while you enjoy your big bowl of tasty soup! 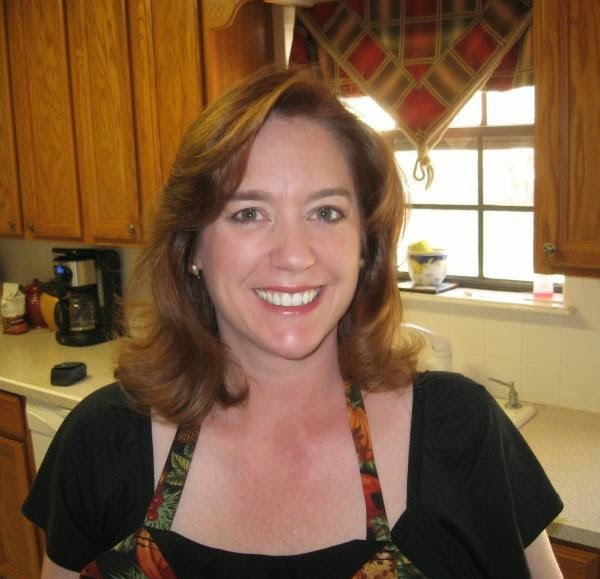 My name is Susan Ziegler, many of you know me as Quiltin' Tia (www.quiltintia.com). Over the last few years since returning to school, I have missed my email chats with all of my quilting buddies. So here we are! A way to share all those fun ideas, thoughts and trends in a new way. I am still a lover of fast and fun projects (5 years of college and I still carry a short attention span), and love creating a world that is comfortable and welcoming.
What to expect: Quilting ideas (good and bad), recipes, entertaining, decorating, and my usual reflections on life. Just as my emails brought a diverse variety of information, expect the same here.

Our patterns are available for purchase!